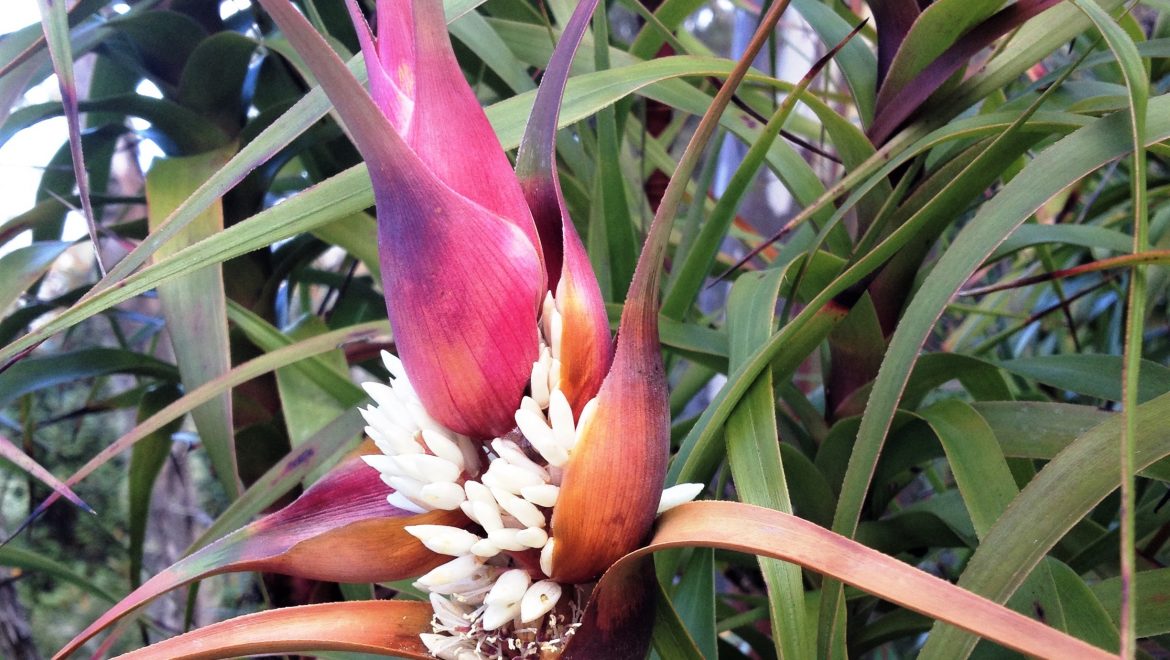 Richea dracophylla … the name and the image of this plant always awaken respect in me. One look at the plant and one must feel the magic: She surely must be a dragon’s queen! She is also called “rice plant”. Looking at this photograph, it becomes clear why.

R. dracophylla was first described by Robert Brown, one of the pioneering botanists of Tasmania and Australia. He was a man of many interests and also described a physical phenomenon, which is now known as the Brownian motion. He published his description of R. dracophylla in the “Prodromus Florae Novae Hollandiae et Insulae Van Diemen”. This book was one of the first available literature documenting the flora of Tasmania. Robert Brown encountered his first R. dracophylla on Mt. Wellington (kunanyi) in Hobart. And that’s exactly where I met her last weekend!

The name “dracophylla” is derived from the similarity of her leaves to a plant called Dracaena draco (Dragon’s blood). D. draco is native to Canary Islands. She got her common name after a red-colored resin, which is secreted from her bark and leaves when they are cut. The resin of D. draco has had many medicinal uses and surely must have evoked many a mystical story. R. dracophylla does not produce such a resin, nor does she currently have any known medicinal uses. Her flowers, however, are very rich on sweet nectar, which can be sucked from them. R. dracophylla is endemic to Tasmania (meaning it does not grow anywhere else in the world). The same is valid for all others but one Tasmanian Richeas.